What is The Thing?

The Thing is a proposal for a research station for the investigation of climate change in the arctic. It is a capsule that can be dropped into impassable frozen landscapes by helicopter.  Once situated, the container is forced open through the inflation of a pneumatic structure that triples its interior area, and acts as formwork for a self-structured, insulating ice dome.  The resulting space provides accommodation and workspace for an interdisciplinary team of scientists, artists and activists, whose role is to measure and understand the reality of climate change. This small group is multiplied by its connections within a digital forum, through which thousands of people, from across the globe, are able to discuss this matter of concern.

The Thing is science fiction.  It proposes a future scenario by cranking the “volume” on existing conditions.  Architectural space is the leading character around which human relationships are developed.

The Thing looks in and out.  Outwardly, it confronts a turbulent climate that defines its existence; a condition that governs its primary activity of cataloguing all facets of the biotope, while it can.  Inward, the interior is radically augmented by digital technologies that mediate between its inhabitants and an invested community participating virtually throughout the globe.

The Thing is a field of production that bears a close resemblance to cinematic activity.  It integrates the standard architectural forms of plan and section, with the sci-fi cinematic: screenplay, character development, animation, production design, prototyping, and promotion. 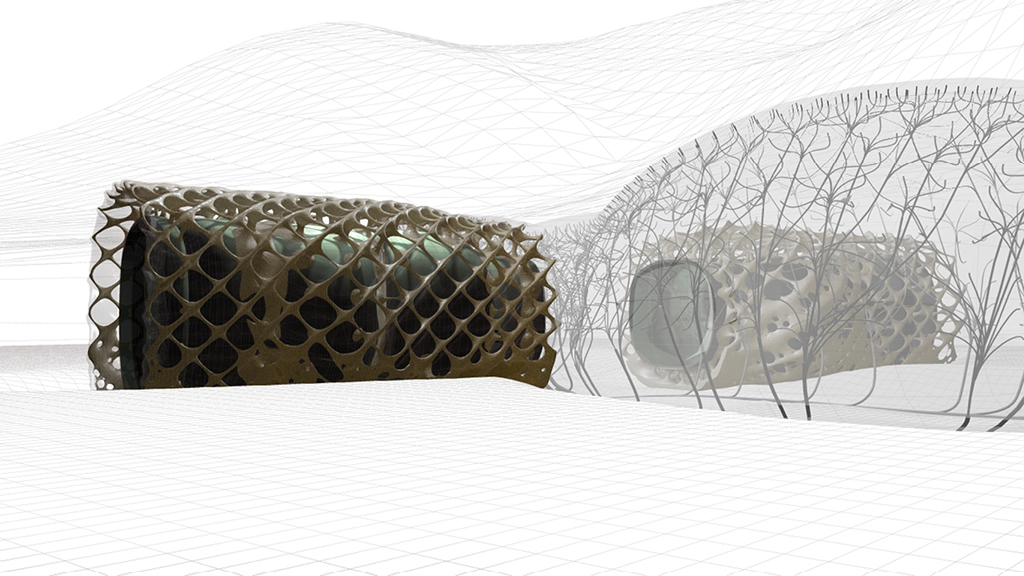 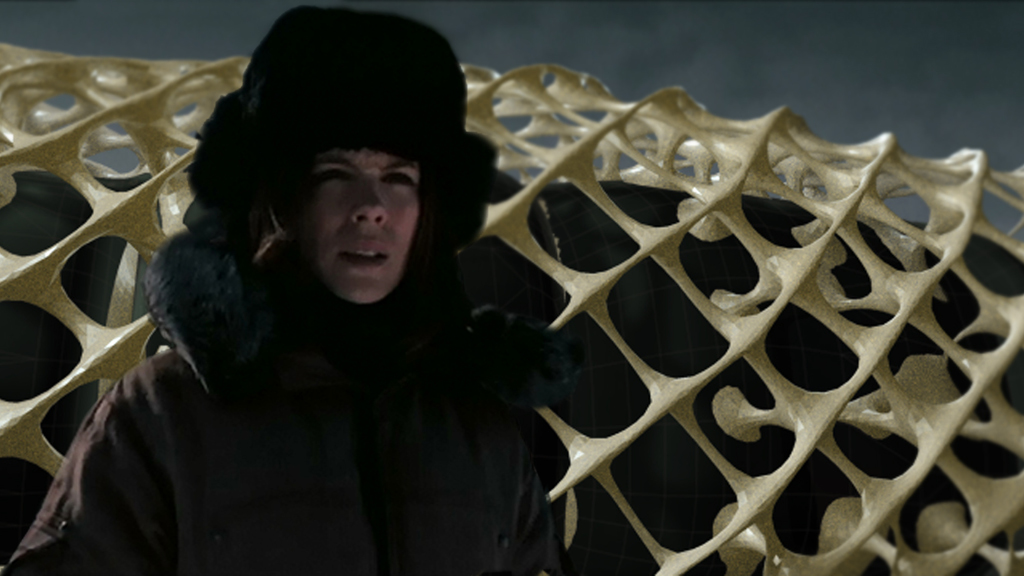 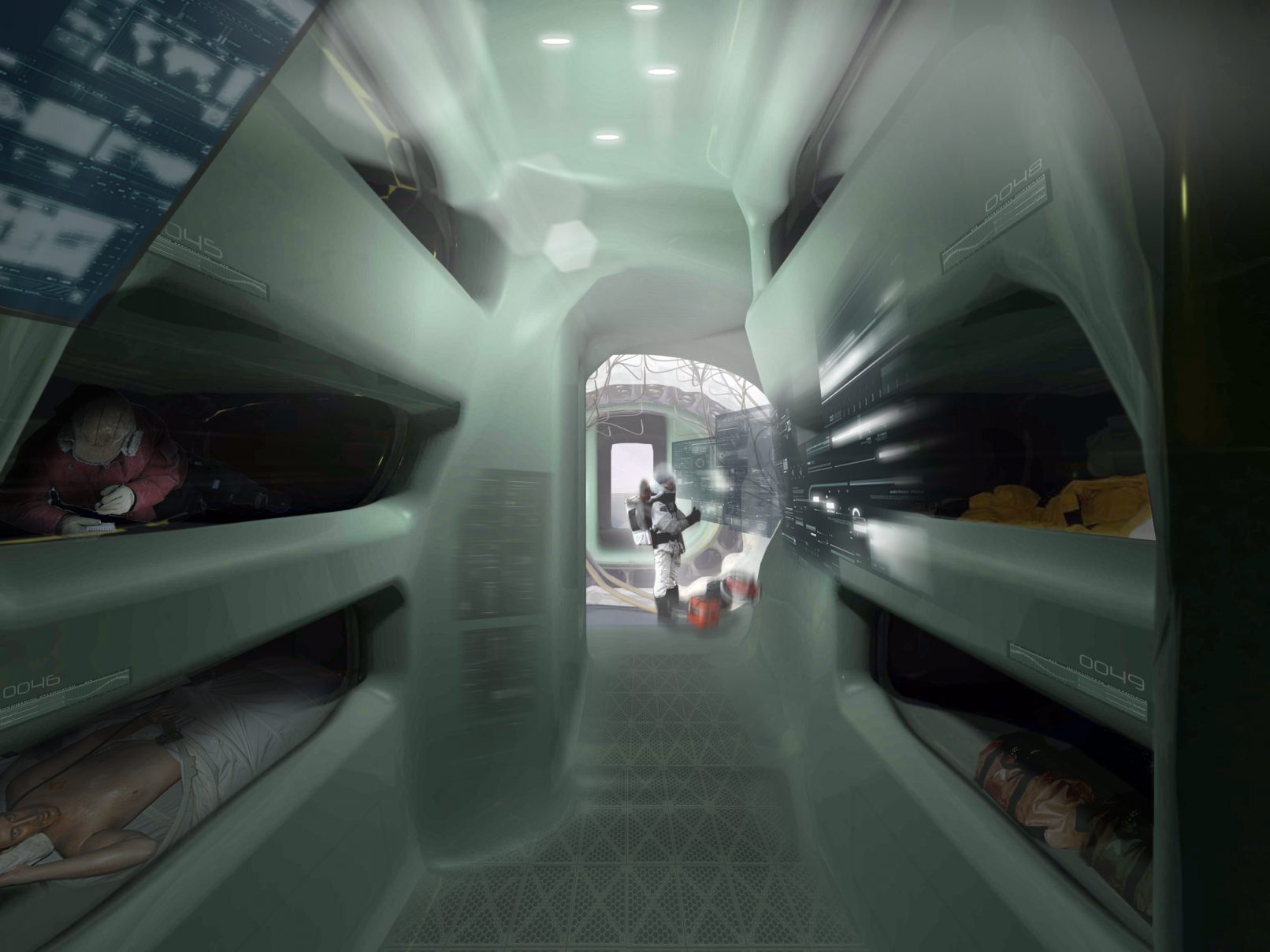 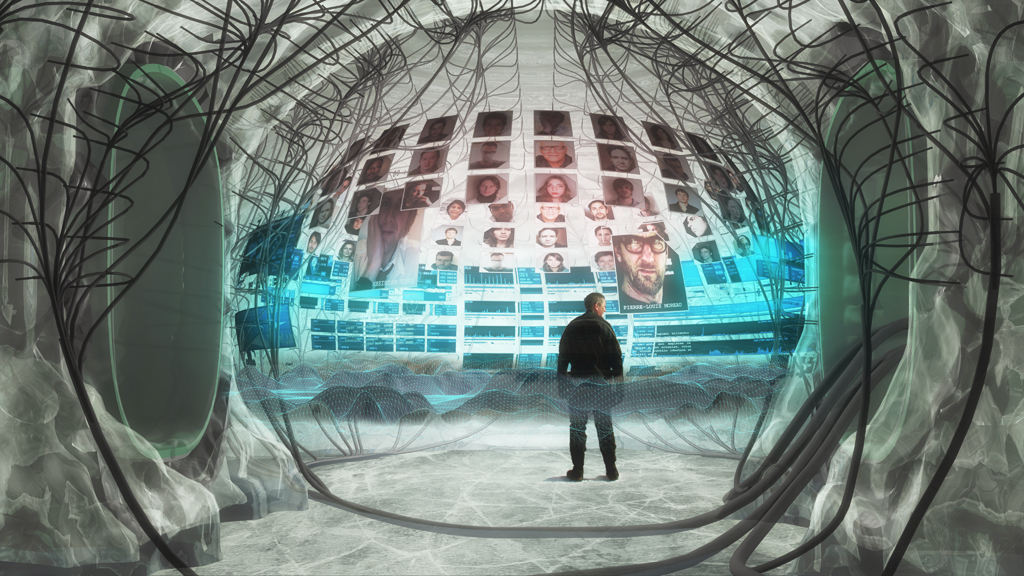 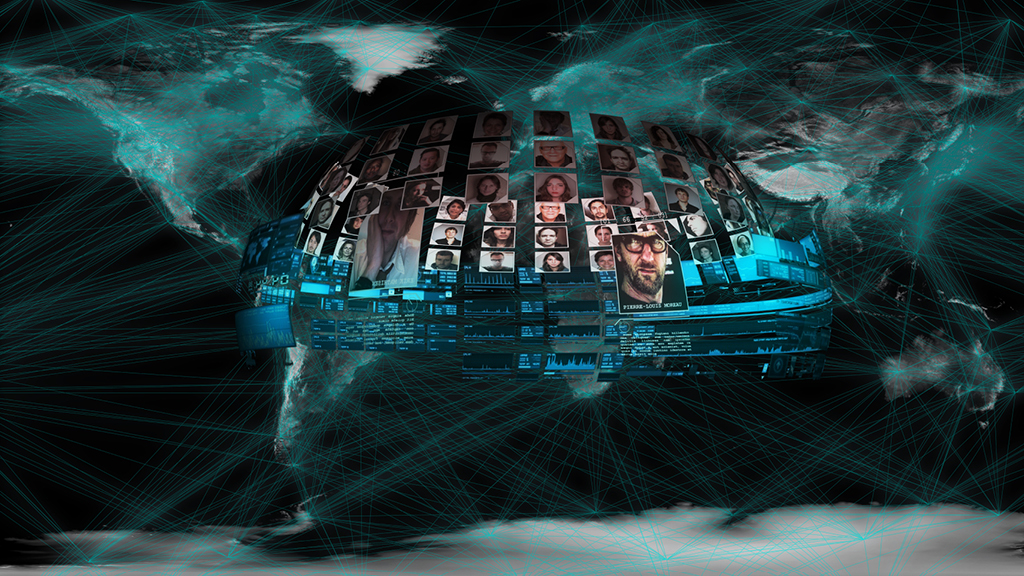 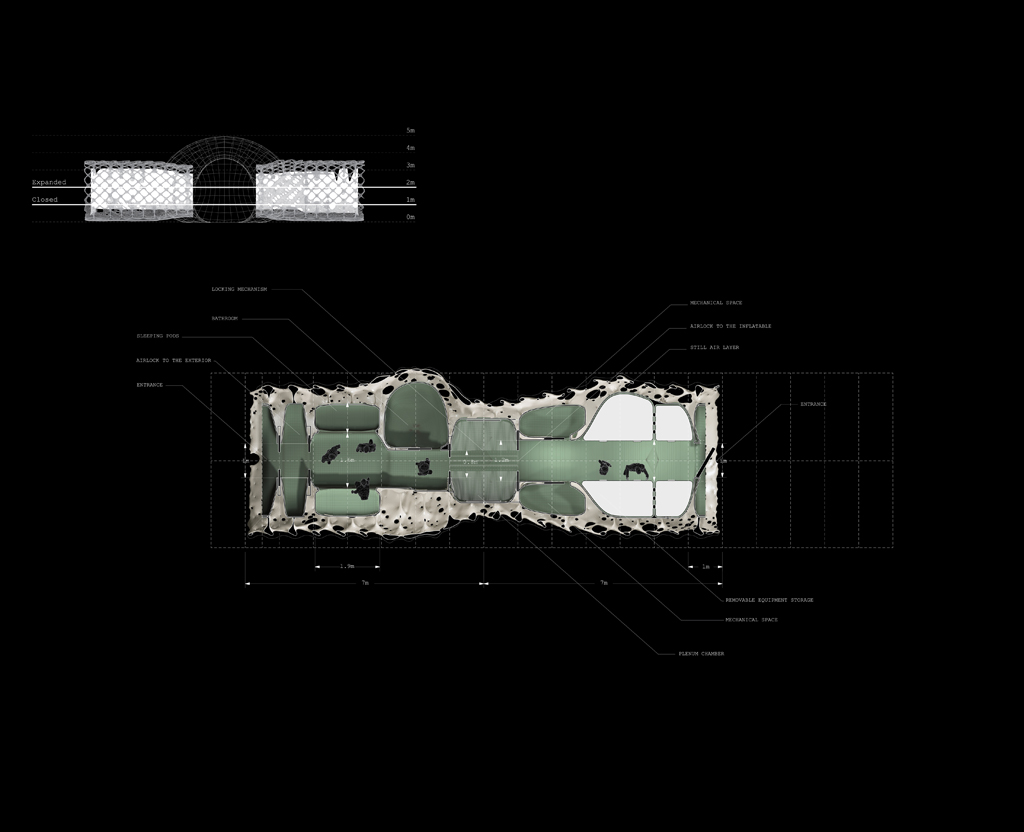 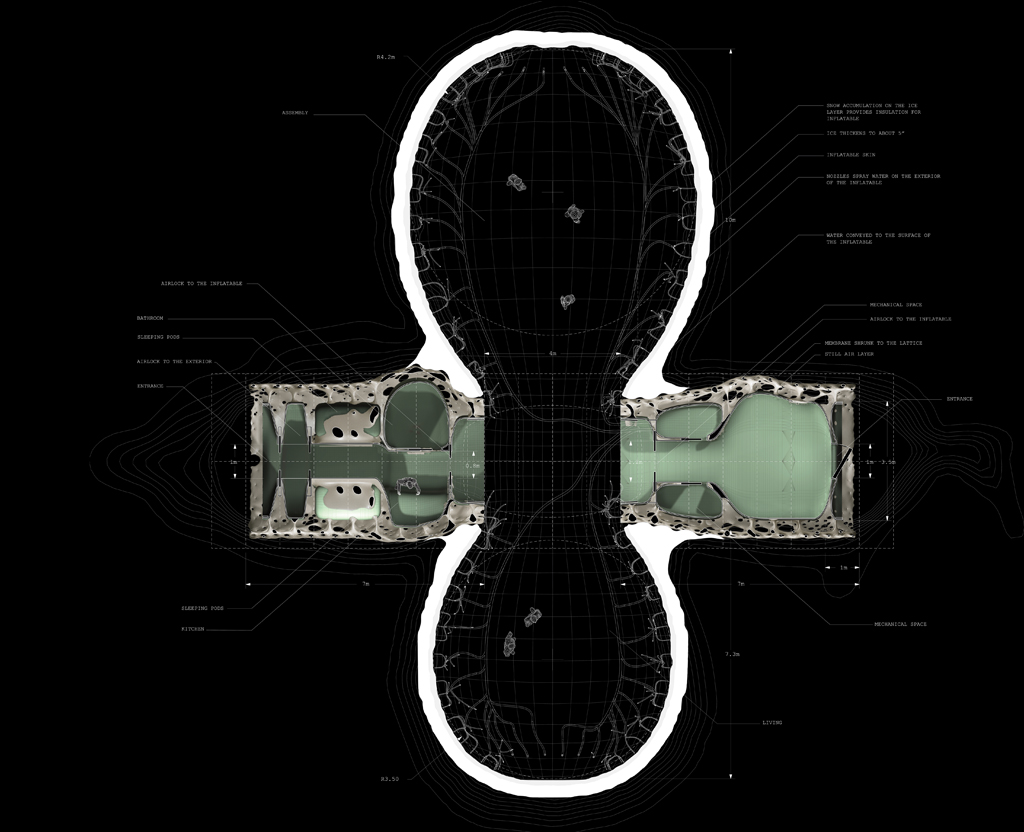 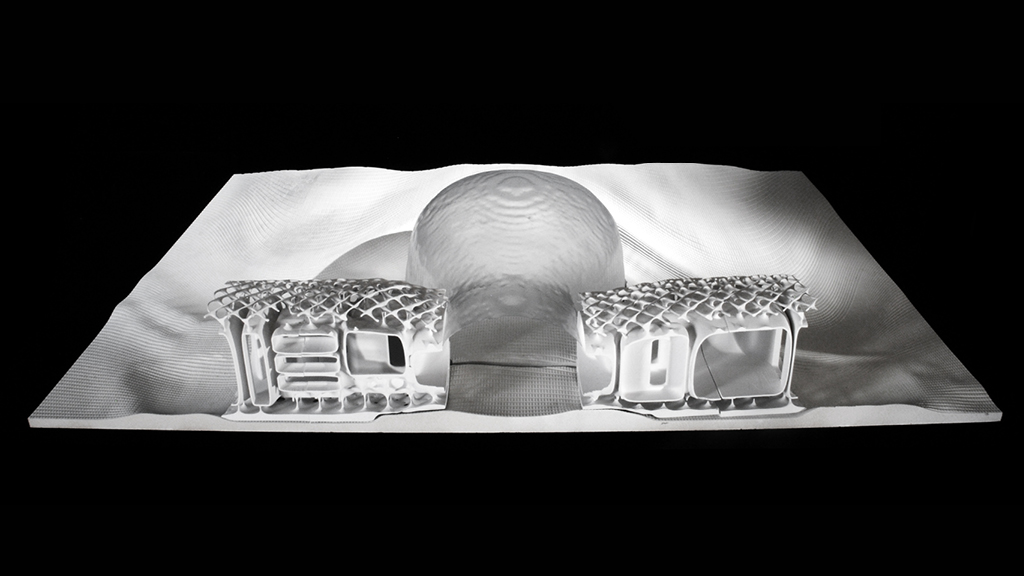 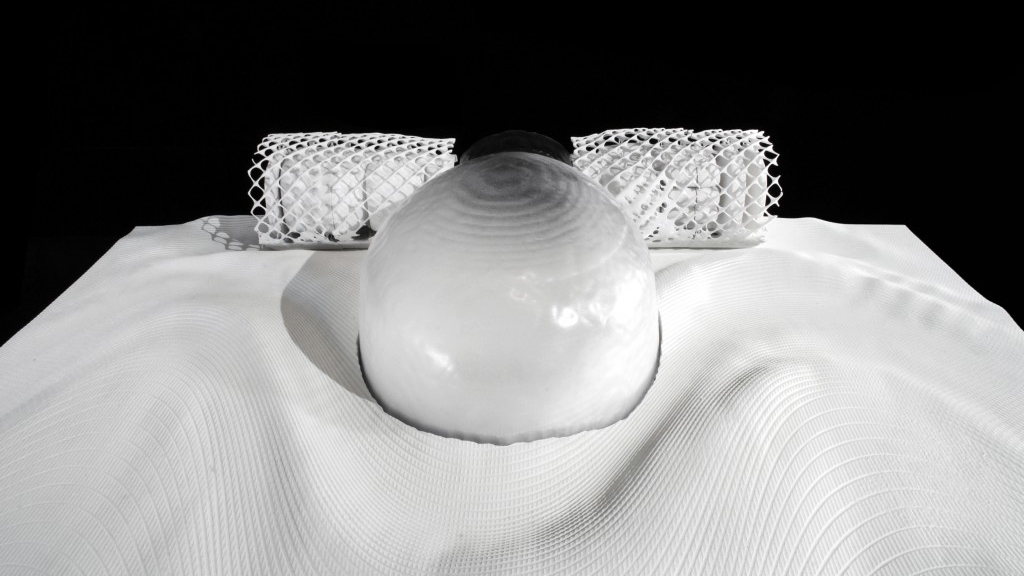 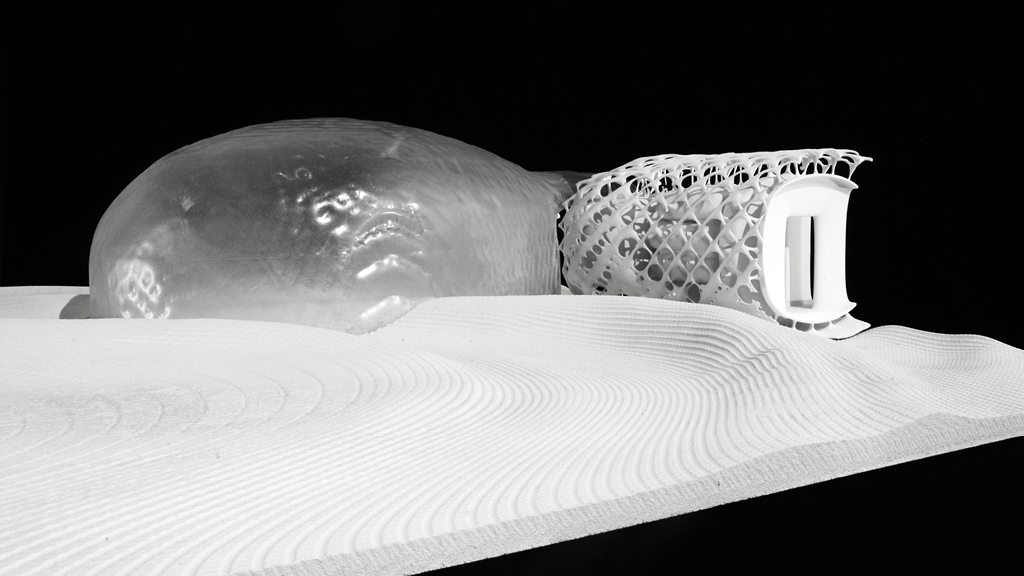 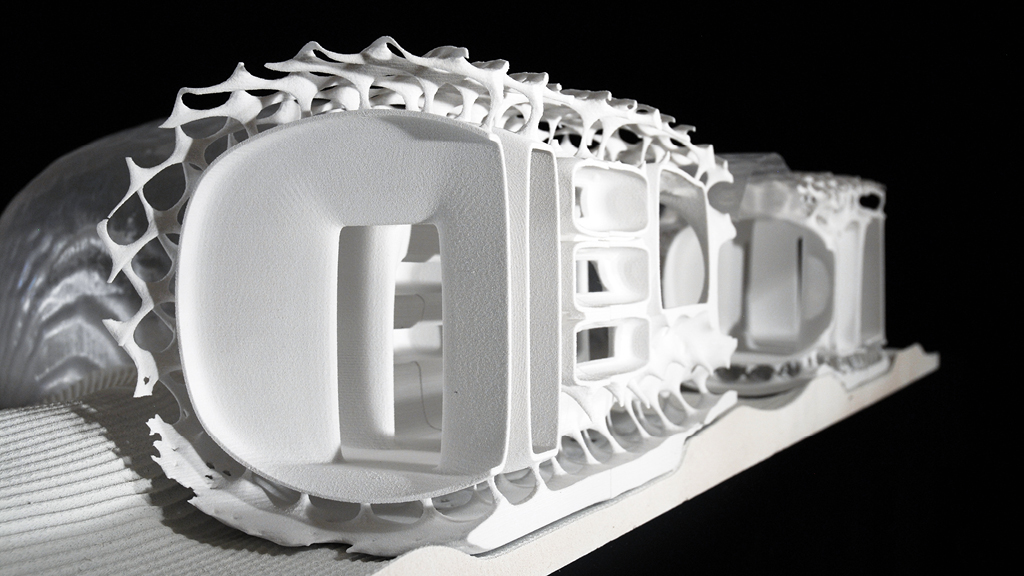 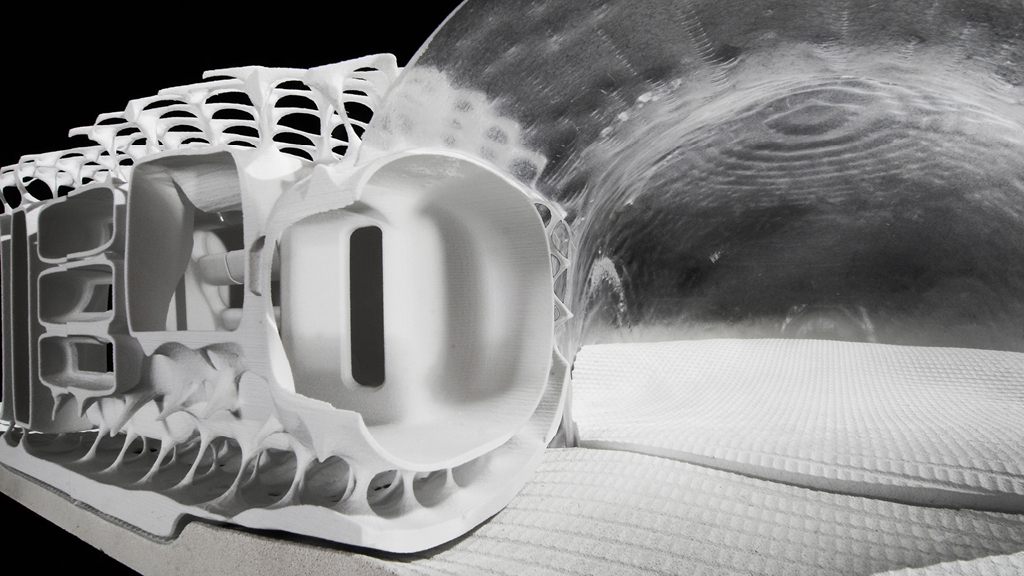 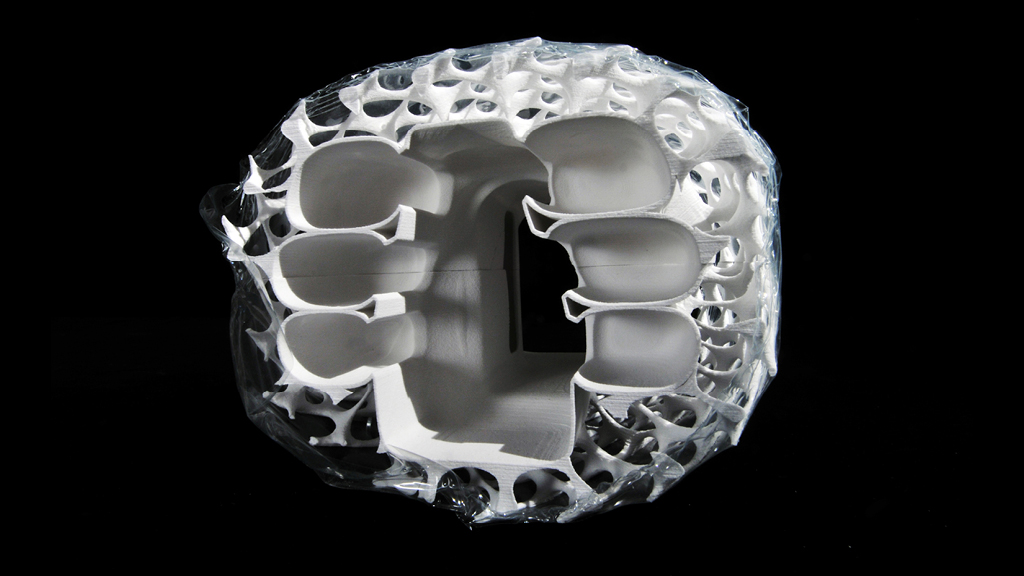 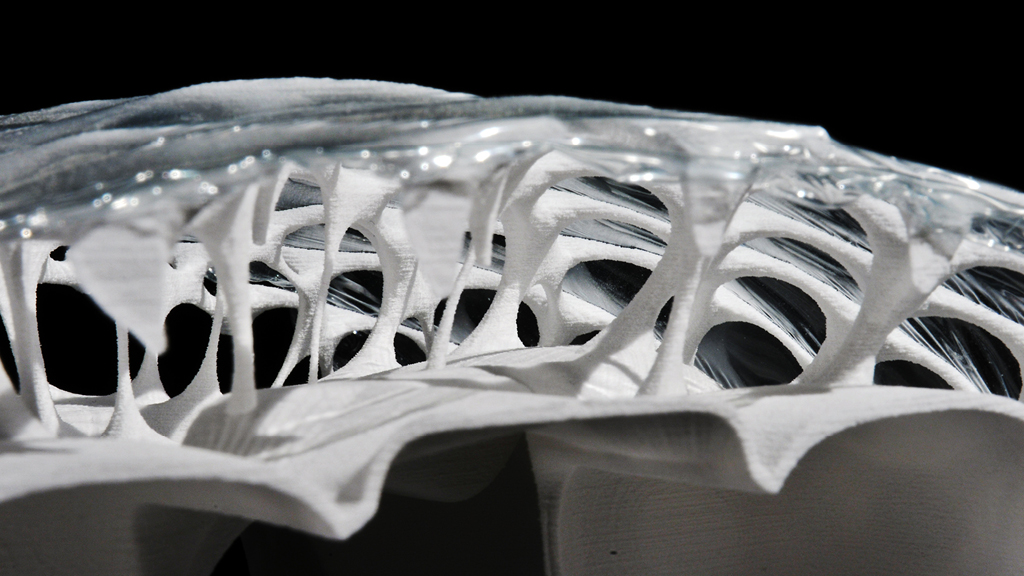 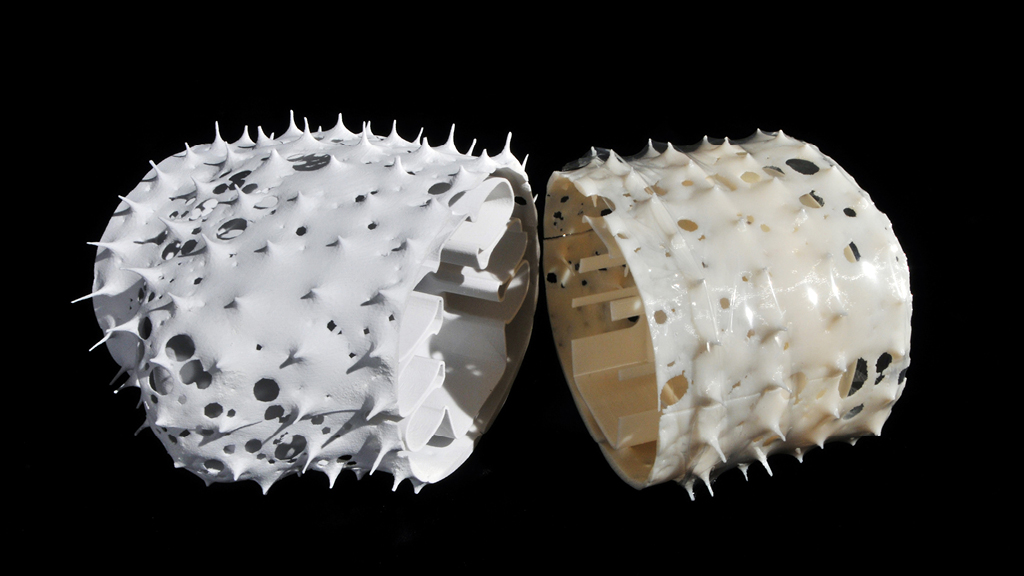 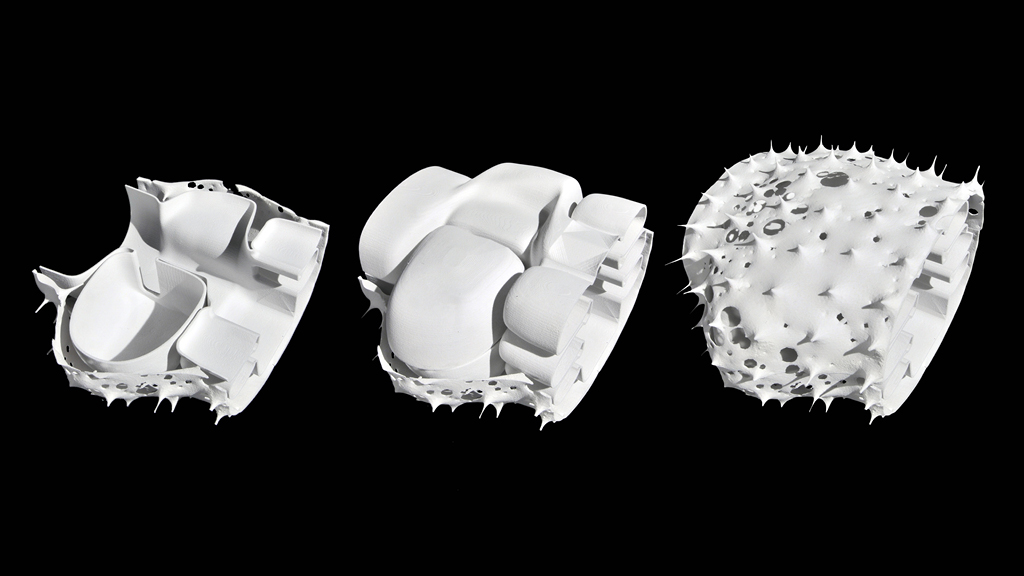 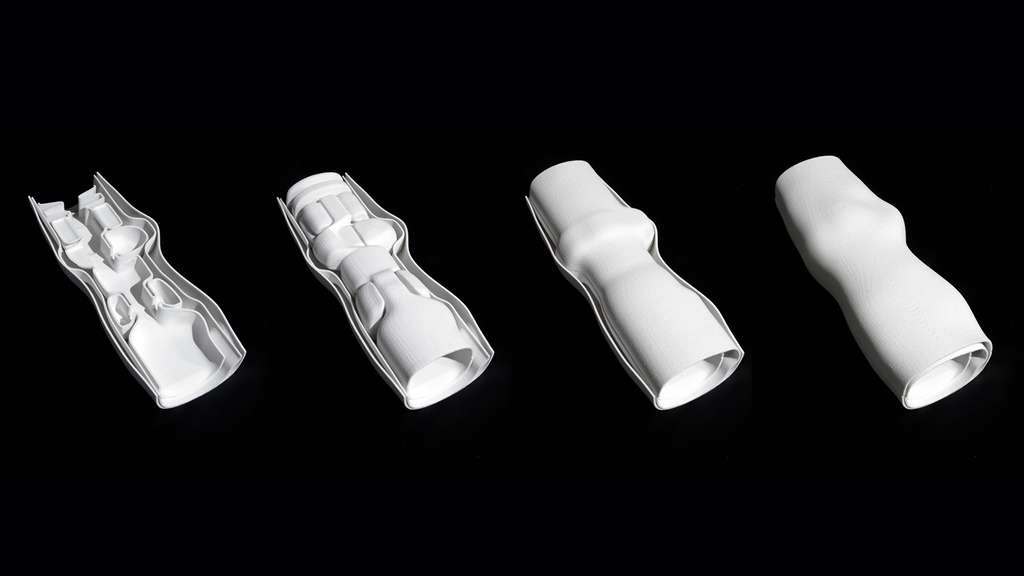 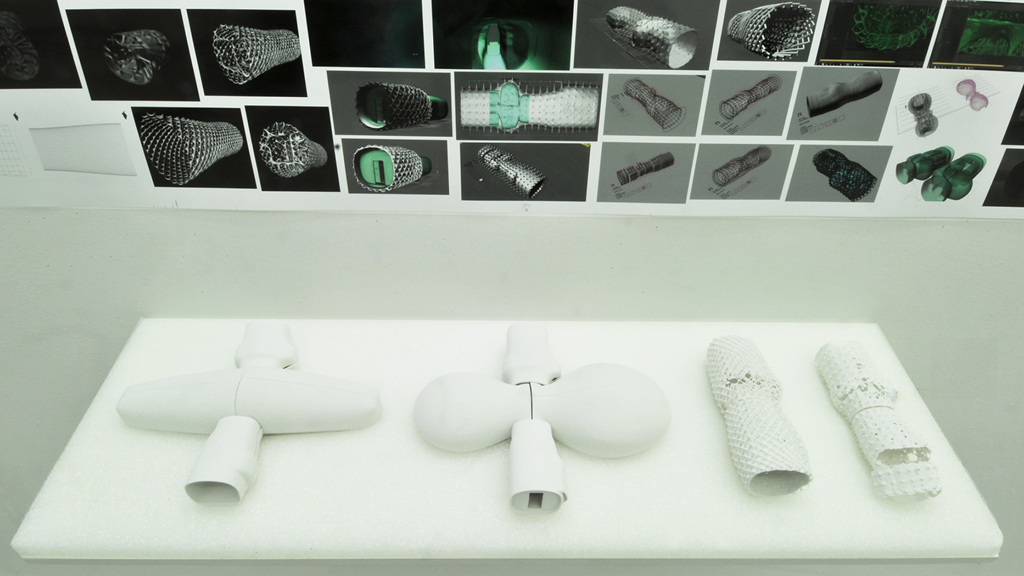 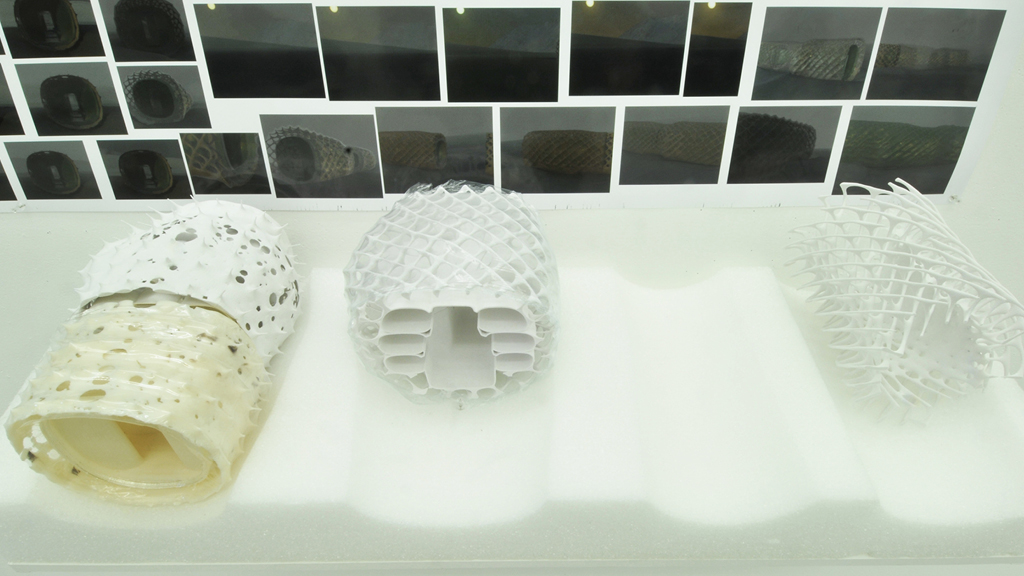